This page aims at answering some frequently asked questions about specific movies.

When did the first screenings of Lumière movies occur?

What were the 10 films presented in December 1895?

The listing includes the following:

Q: It has been frustrating trying to determine the actual dates of the Lumière films. Can you confirm that the latest research shows that the « two horse » version is the earliest? Was it likely the one shown in the December 28th, 1895 exhibition?

Indeed, several versions of that film were made (four different versions have been found in the Lumiere archive). The very first version was shot in March 1895 (presumably March 19). It was screened on March 22 in Paris at the Société d’encouragement pour l’industrie nationale. According to film historians Aubert & Seguin, this first version is lost, all four known versions are « remakes ».

The oldest version that we have copies of (91,1) was probably filmed in May 1895. It is likely that this version was presented to the audience on December 28th, 1895. In the 2015 documentary Lumière!, narrator Thierry Frémaux claims that « this is surely the version filmed in March 1895 ». Basically, we can consider that it is the first version – we won’t get an older one.

Two other versions were made in 1896, and a fourth version in 1897. This information is based on the book La production cinématographique des Frères Lumière (Michelle Aubert and Jean-Claude Seguin, 1996), and is confirmed by the audio comment by Frémaux on the 2015 documentary. 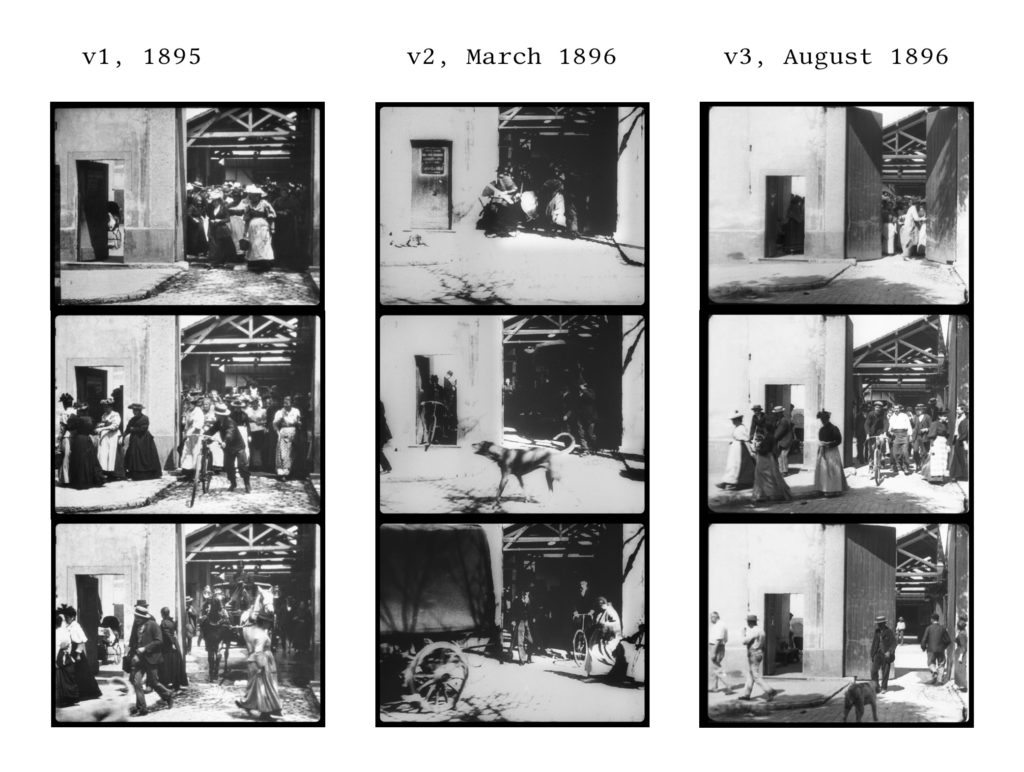 Q: There is this photo at La Ciotat station, which mentions the year 1895. Is this incorrect ?